Does the Program have a mechanism for addressing grievances? 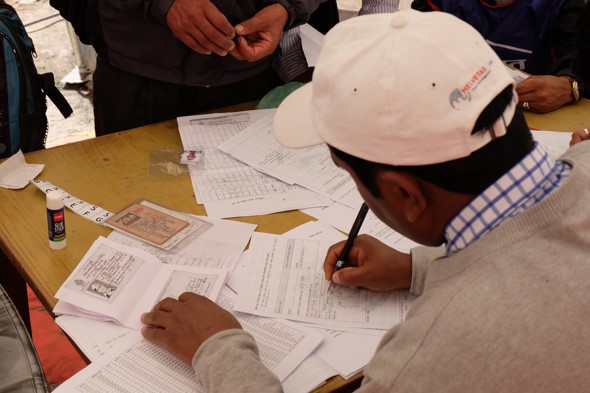 The Earthquake Housing Reconstruction Program offers beneficiaries the opportunity to pursue complaints with respect to the Program. The NRA has established a multi-tier Grievance Redressal Mechanism (GRM) that registers grievances at three levels: ward, municipality and central. At the ward and municipality levels, a three-member complaint management committee is formed under the chairmanship of ward and municipality chief. The ward and municipality levels are authorized to resolve the issues within local jurisdiction such as reflecting change in ownership and updating beneficiary information upon verification. At the central level, an executive committee member led team reviews the grievances of those who were not listed in the beneficiary list, potential reconstruction and retrofitting beneficiaries, and potential beneficiaries whose houses were not assessed during the initial survey.

Based on the GRM reports, the Cabinet announced a decision to re-survey and re-verify the data for two groups: those who were identified as non-beneficiaries from the grievance cases, and those who claimed they were missed during the initial survey.  In August 2017, a total of 332 engineers were deployed in the 14 districts to re-survey around 128,000 complaints. The survey was carried out in coordination with the CBS. The NRA has reviewed 205,580 grievances so far. The review process has recognized 40,967 applicant households as eligible beneficiaries and has deemed 72,693 applicant households to be non-eligible.

Based on Clause 31 of Reconstruction of Earthquake Affected Structure Act, 2015 NRA formed a “Grievance Management related to Reconstruction and Rehabilitation Guidelines, 2016.” The guideline defines ‘grievant’ person who are earthquake affected and are listed in beneficiaries list. The grievant can register their grievance either by electrical medium or by application. Grievances received at the offices are registered on a separate registration folder. After the registration of Grievances, the proof of Grievance registration needs to be given to the related person. Originally, NRA Grievance Redressal Mechanism (GRM) registered grievances at three levels: Village Development Committee, District and Central. However, in June 2017, the guideline was revised to reflect the new federal structure and to include the local government in the reconstruction process. Therefore, the grievances are now registered at the ward, rural/urban municipality and NRA central level.

Currently at the ward level, a four-member grievance management committed is formed under the chairmanship of ward chief consisting of social mobilizer, an engineer and a technical assistant. The ward levels are authorized to resolve the grievances with simple processing error like error in name and surname and error in ward number and responsible to classify the collected grievance as per there subject. Grievances which cannot be settled at the ward level must be forwarded to the Municipality Grievance Committee with a reason why it couldn’t be settled. The committee is responsible to inform grievant about that status of the grievance whether it has been settled or forwarded to the concerned Municipality.

At the central level, the grievances that have been received shall be coordinated by the Social Mobilization and Management Division in coordination with Information and Communication Department. An executive committee member led team consisting of Chief Grievance Management Division, NRA, Joint Secretary, NRA, Chief of Information and Communication Section, NRA and Under Secretary, Social Mobilization and Grievance Management Section.  The committee reviews the grievances of those who were not listed in the beneficiary list, potential reconstruction and retrofitting beneficiaries, and potential beneficiaries whose houses were not assessed during the initial survey. 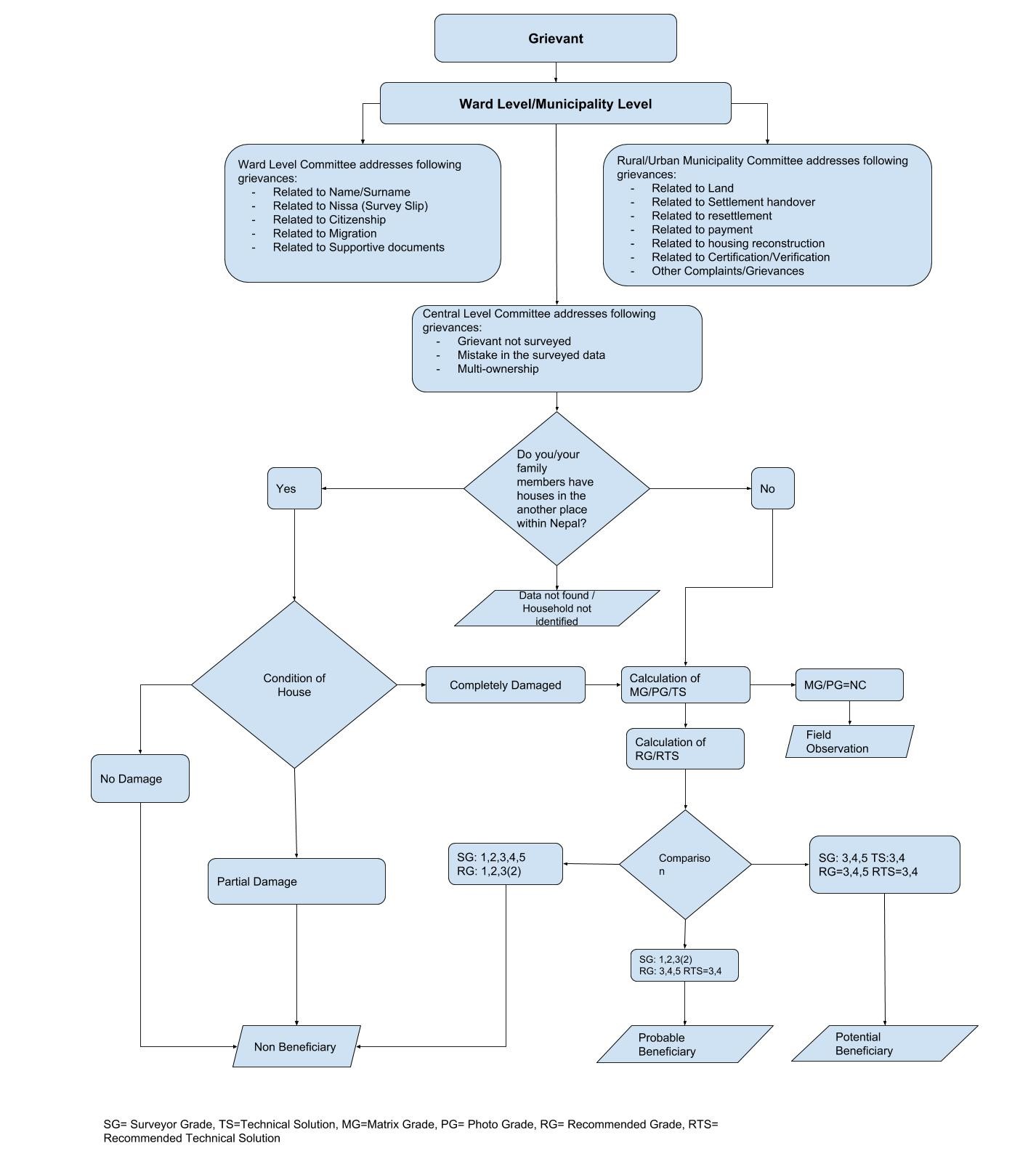