Kathmandu, April 24: Prime Minister KP Sharma Oli has vowed to avoid delay in the post-earthquake reconstruction despite the country facing a major battle against coronavirus. 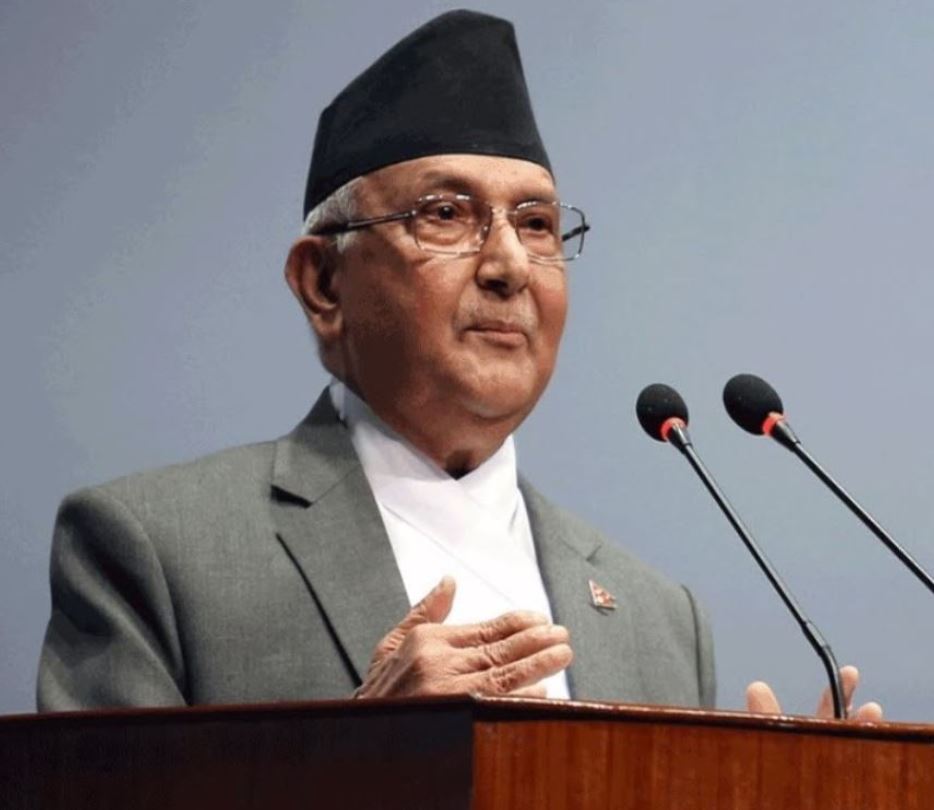 The entire economy is at standstill due to the current lockdown, PM Oli said, adding, “To minimize the negative impacts on the economy, there is no alternative than to move forward by facing this crisis that is already here.”

“This has also affected the remaining post-earthquake reconstruction works to some extent,” he further said, while issuing a statement to mark the 5th anniversary of the April 2015 earthquake. “The government is serious and sensitive towards making proper arrangements and coordination to avoid any delay in the reconstruction works.”

PM Oli also requested everyone to unite in the battle against coronavirus for protecting the lives of all the Nepalis like people had worked together in the post-earthquake relief, rescue, reconstruction, and rehabilitation.

It has been five years since the devastating earthquake that occurred at 11:56 am on 25 April 2015 with its epicenter in Barpak of Gorkha district. Around nine thousand people lost their lives due to the earthquake and its subsequent aftershocks, while the country had to suffer an economic loss of almost Rs. 700 billion. I would like to remember all the brothers and sisters who lost their precious lives due to that earthquake and would like to express my sincere condolences.

At that time, many were unsure whether it would be ever possible to reconstruct hundreds of thousands of private houses, numerous public structures, and religious and cultural heritages with archaeological significance. Will it be possible to rebuild the collapsed Dharahara? There were logics such as whether new creations will be possible like the New Road was built after the Earthquake of 1990 BS?

I want to recall how all the Nepalis joined hands for collaboration and support immediately after the earthquake. We worked together in firstly in rescue, then in relief and then in the campaign of reconstruction. We initiated the reconstruction campaign with the slogan of ‘Build Back Better’.

Looking back now, we have been successful in building numerous structures in the past five years that are earthquake-resilient and are attractive at the same time.  In private housing alone, we have reconstructed approximately five hundred thousand houses. One hundred and ninety thousand houses are being reconstructed. As of today, the reconstruction of nine integrated settlements has been completed. In this way, organized and beautiful integrated settlements are being built. A total of five thousand five hundred and 98 schools have been reconstructed.

More than four thousand beneficiaries living in unsafe areas after the earthquake have been relocated to safe locations by arranging land for their settlement. A conducive environment was created for the arrangement of land for building the house of approximately nine thousand landless people and landless settlers.

Dharahara and Rani Pokhari, which symbolize our historical heritages, are undergoing construction as modern and beautiful tourist destinations. The tenth floor of Dharahara has already been concretized.

Our concepts of reconstruction and rehabilitation and the methods we adopted are exemplary and of a level that can be adopted by other countries in the world. It was all possible due to our collective support, collaboration, determination, and commitment. On this occasion, I would like to thank all including, local communities, political parties and people's representatives, construction workers, technicians, civil servants, media-persons, and national and international supporters.

We are all now understanding that as difficult it is to build the visible ruins, it is far more complex to fight with the invisible enemy. As various countries around the world, we are also in a war against coronavirus in yet another worldwide major disaster. The entire nation is under lockdown for the past one month due to this reason. We all are aware that the reconstruction and rehabilitation works have been severely affected by this lockdown. I believe that we will be able to overcome this war against coronavirus with perseverance and courage as we did during the crisis created after the devastating earthquake. We will be victorious in this war with proper policies, partnerships, and arrangements for the management and mobilization of resources.

We started working in the prevention and control of coronavirus since the beginning by adopting special precautionary measures. We have been moving ahead by solving the problems during this time with appropriate and timely policy, decisions, and clear plans. Although almost two hundred thousand people have already lost their lives to coronavirus worldwide, there has been no loss of human life in our country until now, due to everyone's support, cooperation, and awareness. This had been possible because of the appropriateness of timely measures and the unity and understanding of Nepali brothers and sisters. I would like to heartily thank all those who have been supporting directly and indirectly in the campaign to prevent and control coronavirus, amid numerous hardships in these difficult times.

I request everyone to unite in this battle against coronavirus for protecting the lives of all the Nepalis like we had worked together in post-earthquake relief, rescue, reconstruction, and rehabilitation.

The entire economy is at stand-still due to the current lockdown. To minimize the negative impacts on the economy, there is no alternative than to move forward by facing this crisis that is already here. It has also affected the remaining post-earthquake reconstruction works to some extent. It has become imperative to make arrangements for the resumption of the halted reconstruction process along with making necessary health equipment available. The government is serious and sensitive towards making proper arrangements and coordination to avoid any delay in the reconstruction works.

We will be successful in concluding and completing the remaining post-earthquake reconstruction works in a planned manner.